Budva and Sveti Stefan
Next 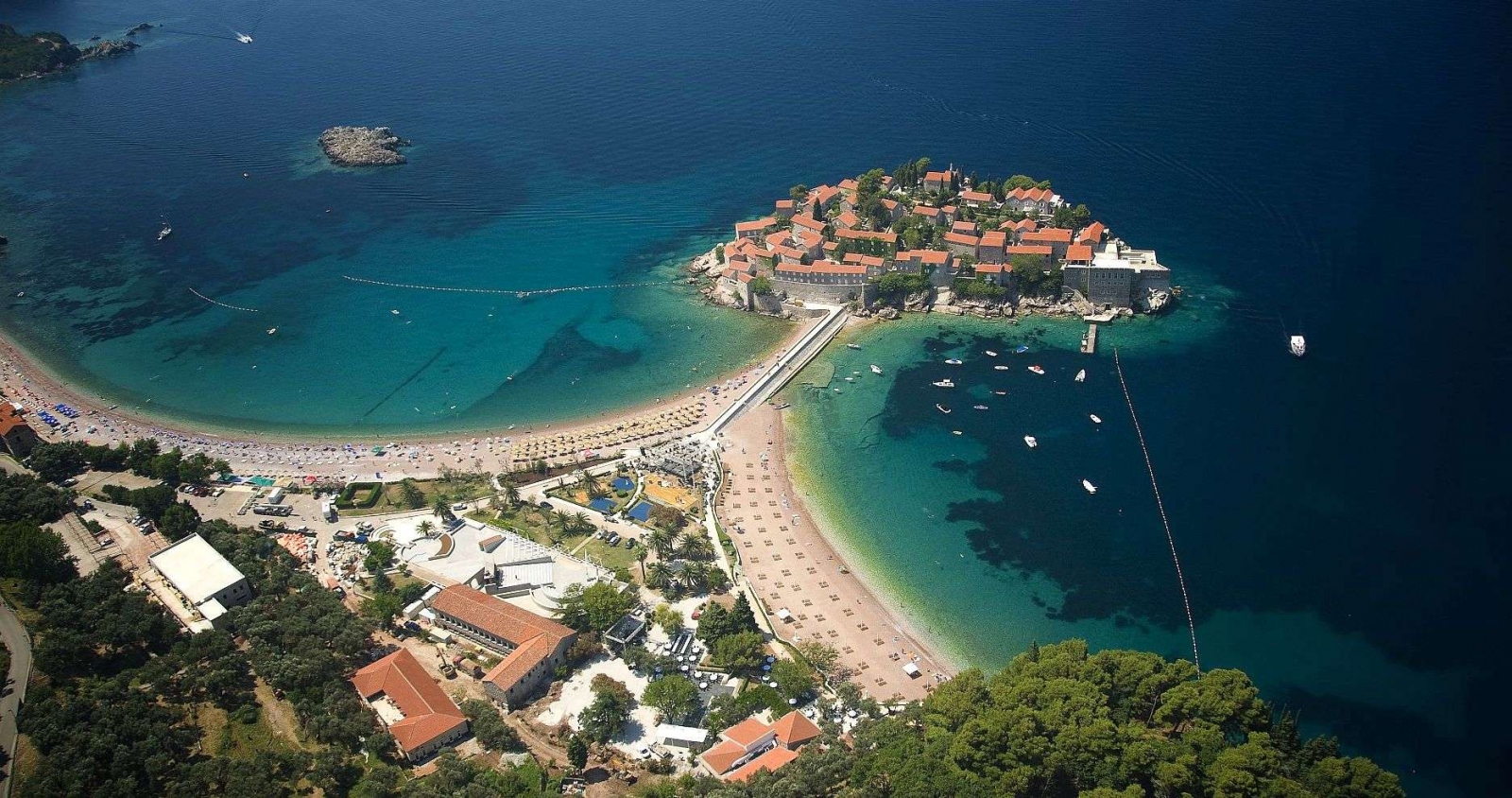 This coastal town on the Adriatic Sea is so famed for its beauty that in 2013 tourist visits to Budva made up 44.8% of all tourist visits to Montenegro. The climate is Mediterranean, warm, and temperate. The Old Town area of Budva is populated by charming buildings, most of which were erected during the Venetian period (1420-1797) . No honking or traffic will interrupt your visit to the Old Town section within its walls, as it’s a pedestrian only zone. Budva is lined with white and red beaches, some with white sand and some with red and white pebbles.

Within the municipality of Budva lies Sveti Stefan, a charming island (now an islet) and mainland that holds a 15th century fortified settlement and the Yugoslav Royal Villa Miločer.

Substantial archaeological evidence reveals Budva as one of the oldest urban settlements on the Adriatic coast, it is around 2500 years old. Illyrian tribes were the first to settle in Budva in the prehistoric era. It was first documented by the Greeks in the 5th century BCE, and soon after in the 4th century BCE the Greeks colonized the region of Budva. The Greek settlers were conquered by the Romans, and Budva continued as part of the Roman empire from 168 BCE until the empire’s split in 395 CE. In 518 CE Budva was damaged in a large earthquake in the region and was partially rebuilt by the Byzantine empire later in the 6th century. During the next two centuries Slavs and Avars began to settle in the area, mixing with the native Roman population. Budva was sacked by Muslim Saracens in the 9th century, devastating it, before the Byzantine empire drove them out. In the early Middle Ages, Budva was reigned by Byzantines, a succession of Doclean and Serbian princes and kings, the First Bulgarian Empire as well as Zetan aristocrats. In 1200 it became the see of a Roman Catholic Diocese of Budva. Budva was ruled by the Venetian Republic from 1420-1797 and then after a couple interruptions by the Austro-Hungarian empire until 1918. After WWI Serbian forces entered Budva and made it part of the Kingdom of Yugoslavia. It was only after WWII that Budva became part of the then Socialist Republic of Montenegro.

Today Budva is part of the independent country of Montenegro, and it’s history remains for all to see in the Old Town area and at the Budva City Museum.

Six kilometers away from present day Budva, Sveti Stefan has a unique history of its own. The earliest record of the island was written in 1442 and describes Sveti Stefan as a fortification of the Paštrovići clan. From the very beginning the island was named after Saint Stefan church, which was built at the time of it’s settlement. Pastrovici territory came under Venetian rule from 1423 until 1797, in exchange for protection from the Turks the tribe ceased to pirate Venetian ships. In the 1800s in the island’s fortress grew a small fisherman’s village which at its peak had 400 inhabitants. Soon after, between 1934 and 1936, Villa Miločer was built on the mainland as the summer residence of Queen Marija Karadordevic, the first queen of Yugoslavia. Around this time the population of Sveti Stefan declined steeply, as most inhabitants went and joined WWI and WWII army fronts fighting for Yugoslavia. In 1954 Communist Yugoslavia turned Sveti Stefan into a luxury resort, and it was subsequently visited by celebrities such as Marilyn Monroe, Orson Welles, Elizabeth Taylor, and others. When Yugoslavia broke up and Montenegro became its own republic in the 90s the resort experienced a decline. In 2007 Amman Resorts signed a 30 year lease for the Island, making it a historical luxury resort to this day.